During the late 1700’s and early 1800’s, the most intensive recorded transatlantic migration from one small geographic area to another occurred between Ireland and Newfoundland. Most of the Irish immigrants came from the South East of Ireland and were living in Newfoundland for several generations before the Great Irish Famine of the mid-1800’s.

With one of its aims to celebrate the history and culture of the communities created and linked through immigration, the inaugural Festival of the Sea was held in South East Ireland in 2005. The festival has become an annual event, alternating between Ireland and the Avalon Peninsula of Newfoundland. Over the years, the festival has been a flagship event fostering and celebrating transatlantic partnerships and connections between individuals, groups and communities.

In October 2012, Ireland-Newfoundland Festival of the Sea Inc. was renamed Newfoundland and Labrador Irish Connections Inc. in recognition of the deepening connections and the broadening scope of collaboration between groups, communities and individuals on both sides of the Atlantic.
The mission of Newfoundland and Labrador Irish Connections is to facilitate, develop and promote cultural and historical experiences that recognize, celebrate and preserve the connection among our global Irish community. Our three pillars are:

On Thursday, April 27, 2017 The Newfoundland & Labrador Irish Connections Board held an Information session for families who are interested in hosting our Irish visitors for this year’s Gathering in St John’s. At the event the Board unveiled its new logo.

The new emblem was designed to illustrate the unique historical and cultural connections between Newfoundland & Labrador and Ireland. Besides recognizing our Irish Ancestry, the logo also acknowledges the contribution of succeeding generations of Newfoundlanders in retaining our Irish identity

The symbols depicted in the logo are explained in the following description:

The Newfoundland & Labrador Irish Connections Logo features The Irish Shamrock and Newfoundland’s Forgot-me-Not Flower in the center of the image with the stems of the emblems entwined. The name of our organization surrounds the two emblems in the top and bottom arc of the circular design.

It is incorporated in our logo in memory of our Irish ancestors and the places in Ireland they left to forge new lives here in Newfoundland.

The Forget-me-not Flower is an international symbol of affection to remind people to reflect over something worthwhile that has been given.

It is incorporated in our logo in memory of the successive generations of Irish Newfoundlanders and their legacy that we carry forward. A legacy of music, stories, traditions and language.

The two emblems are connected at the stem to signify the common heritage that we share.

The image also features a circular border with the colors of the Newfoundland pink, white, and green flag and the Ireland tricolor flag within the border.

In Newfoundland & Labrador the Forget- me -Not Flower (Myositis laxa) has a special meaning. It is utilized as a commemorative flower to remind us of those who served in World War 1 and the many who died and were injured for the freedom of our country. 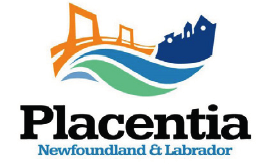 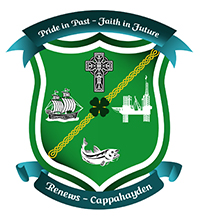 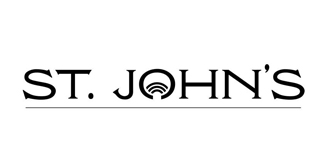 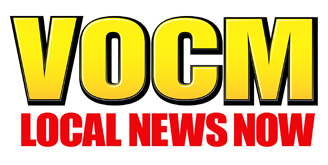